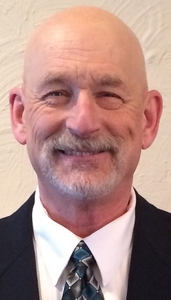 Jim Kaiser was graduated from North High School and the University of Akron.  He was a business teacher, coach, athletic director, and school treasurer at Akron North High School for 30 years.  He retired from full time teaching 19 years ago.

Jim has been married to his wife, Michele for 39 years.  He is a lifelong resident of North Hill and is a member of Blessed Trinity Catholic Church.  He enjoys golfing, bicycling, and working on computers. 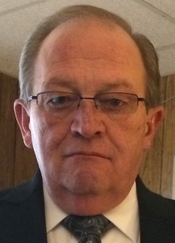 Rick grew up on North Hill and came from a large family.  He graduated from St. Martha and North High School.

Rick has worked for the Hennessy family since he was 15 years old.  He began his service in the funeral home working in the parking lot and working his way up to greeting families for visitation hours, as well as helping in many of the day to day things necessary to facilitate the funeral home.

Rick enjoys bowling and ran the Junior Bowling League at Stonehedge for 21 years.

He has been married to his wife, Sue, for 49 years and they have 3 sons.

“I know what it is like to lose a family member.  My wife and I lost our youngest son at the age of 7.  I understand what families are going thru losing their family members, as I have been there myself.” 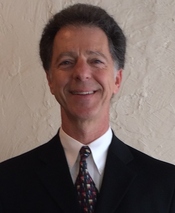 Frank is from a large family in Akron’s North Hill area.  A graduate of Saint Martha Grade School, Saint Vincent High School and Kent State University, he has owned an automotive information company for 16 years with a background in health care and insurance sales.

Frank has 3 children and enjoys cycling, racquet sports, and domestic and international travel. 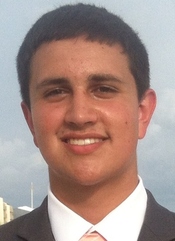 Terry graduated from Holy Family Grade School and is currently a Junior at St. Vincent-St. Mary High School.  He is an Honor Roll student as well as a member of the Irish Athletes for Christ, Mu Alpha Theta, and Spanish Club.  He plays football for St. Vincent-St. Mary and has had the honor of playing on the 2012 and 2013 State Championship Football Teams.  He also plays CYO basketball.

Terry has spent most of his life around the funeral home.  He would go to work with his parents and play in the office.  Many days he could be seen playing and running around.  Now his days at the funeral home are spent doing yard work, maintenance, cleaning, working the parking lot, and greeting families for calling hours.  He also works at Swenson's.

Terry is a sports enthusiast.  Terry is very much a family oriented person.  He loves the outdoors, camping, and canoeing.  He enjoys playing his electric guitar in his spare time. 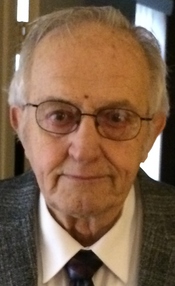 Vito Anthony DeCarlo, "Papa Tony", was born on April 21st, 1929 in Akron, Ohio, passed away peacefully on July 25th, 2017, with his loving family by his side. He was our hero! He loved us, the whole world and then some.

Papa Tony, was a devoted son, husband, father, and grandfather. The love he had for his family was truly inspirational. His devotion to God and how he lived his life, truly defined the man that he was. Tony loved to golf and play cards, and was a big fan of Cleveland sports and watching games on Sundays during family dinners at his house. He was an active member of St. Anthony's Catholic Church and Sons of Italy. He served as an MP in the Army during the Korean Conflict, stationed in Mannheim, Germany. He owned "Tony's Cut up Poultry," and "Valley Farm Market." He retired after 17 years with the city of Akron Corrections Division as the night shift booking sergeant.