Terry Hennessy II is the proud owner of Hennessy Funeral Home. Terry has spent his whole life in the funeral home business. As a boy, he would spend many days going to work with his dad, Terry Hennessy, Sr. He loved how special it made him feel being with his dad at work.

Terry began working at his dad’s funeral home when he was very young. He mowed grass, planted flowers, pulled weeds, and washed cars. It was a very natural progression for Terry to continue his journey following in his dad’s footsteps to becoming a funeral director, and eventually owning his own funeral home.

Terry attended St. Vincent-St. Mary High School and went on to pursue his BA in Communications from the University of Akron. He then served his 2 year funeral apprenticeship and was soon a licensed funeral director in the State of Ohio.

Terry has a very special quality about him that really helps the families he meets. His life-long commitment to what he does has developed a deep sense of understanding within Terry along with a calm and guiding demeanor that truly sets him apart as exceptional with people. He brings genuine sincerity and care to the families that he serves. 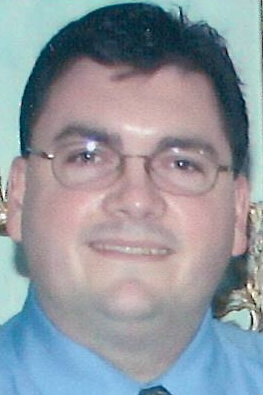 Thank you for visiting Hennessy Funeral Home. We are located at the corner of York and Main Street which is adjacent to the Saint Anthony’s Church parking lot and two blocks north from St. Thomas Hospital. Our location is also just a few blocks from Blessed Trinity Church (formerly Saint Martha’s Parish).

Hennessy Funeral Home is the ONLY Funeral Home on North Hill where you will find the Hennessy Family! We are the original Hennessy Family that has been providing service to the North Hill and surrounding communities since 1936. We are family owned and operated. We want you to feel comfortable knowing that the day-to-day decisions affecting you are being made by our family who has a long history with the North Hill and surrounding communities.

We are here to serve you, and we have gained a reputation for providing respectful and caring services to grieving families in need of our help. We are proud of our services and our staff. We are honored by all of the people who entrust one of the most difficult life experiences to us for help. We commit ourselves to earning your trust by being faithful to you and your needs.

We are always interested in hearing from the families that we serve. Please take a moment to let us know how well we served you in your time of need. We very much appreciate your feedback.